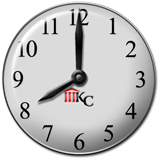 In the movies, trials end with the decision of the jury about an hour after they begin. In real life, cases take much longer to resolve. Even after the jury has spoken, litigants may file certain "post-trial motions" designed to grab victory out of the jaws of defeat, to persuade the judge to order a new trial, or to modify the result in some less drastic way. In most court systems, within ten days of the entry of an adverse judgment, a party may file the following motions:

Motion for Judgment Notwithstanding the Verdict

In this motion, the losing litigant argues that the jury’s verdict was so unreasonable that it should be reversed in its entirety with judgment entered in his favor. Considering the drastic nature of this request, courts rarely grant what lawyers call "JNOV" motions.

Even if a judge is tempted to grant a party's motion for judgment at the close of all of the evidence, she may nonetheless wish to send the case to the jury in the interest of judicial economy. Particularly after a lengthy trial where the parties have spent several weeks presenting evidence, the judge may wish to obtain a verdict in the case. Indeed, if the judge refuses to submit the case to the jury and is later reversed, the parties will have to try the case all over again because there will be no verdict for the appellate court to reinstate. Furthermore, if reasonable minds could not differ on the outcome of the case, the chances are good that the jury will do the right thing -- avoiding any need to rule on a motion. If, however, the jury enters an unreasonable verdict, the court may always reconsider its earlier decision when the losing party "renews" its motion for judgment in the form of a motion for judgment notwithstanding the verdict, or JNOV motion.

This "renewed" motion for judgment must be filed within ten days after entry of the adverse judgment. Because this motion merely renews the motion for judgment made at the close of all of the evidence, the earlier motion is an absolute prerequisite to obtaining a JNOV. In this renewed motion, the movant will repeat the grounds stated in the earlier motion for judgment, arguing that no reasonable jury could have done what this jury just did! In essence, the movant must convince the court that it was, in retrospect, a mistake to submit the case to the jury in the first place. As you can imagine, such attempts to grab a victory from the jaws of defeat are rarely successful.

Often added as an alternative to JNOV motions, or filed on their own, this motion seeks to try the case all over again due to a flaw in the trial process which tainted the verdict or yielded a result amounting to a miscarriage of justice. The trial judge has wide latitude in deciding whether to order a new trial.

Motion to Alter or Amend the Judgment

Usually limited to bench trials, these motions seek to modify the court’s ruling in some less drastic way than total reversal.

After ten days have elapsed since the judgment was entered, losing litigants have a much more difficult time in changing the result at the trial court level and are usually limited to filing a motion to vacate the judgment on grounds of fraud, mistake, irregularity or newly discovered evidence which could not have been obtained by the time of trial.